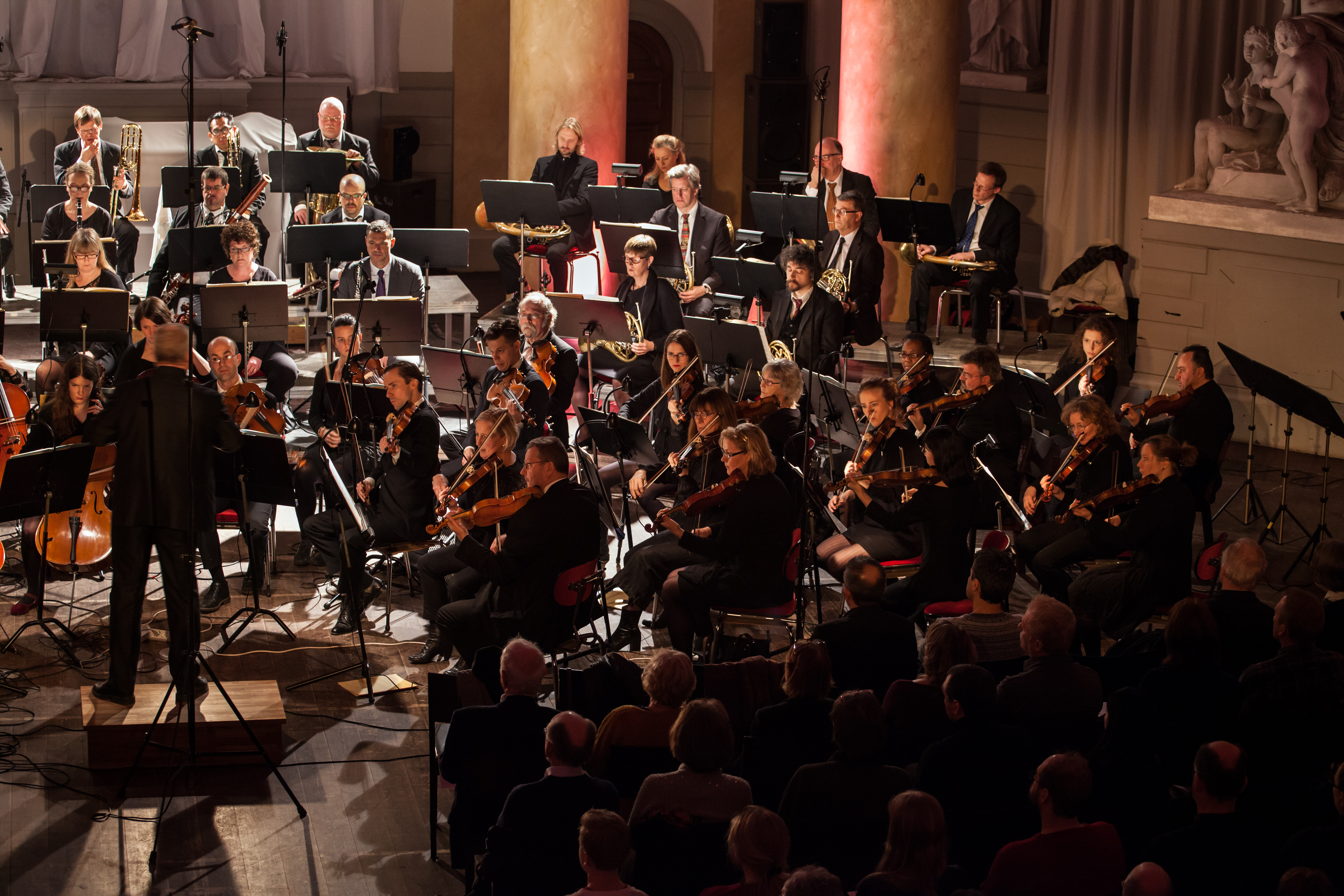 Next concert
Myth and Magic from Latin America
17 september 2017 kl 16.30
Eric Ericsson-hallen, www.ericericsonhallen.se
Kyrkslingan 2-4, 111 49 Stockholm – How to get to the concert

Filialen is the biggest symphony orchestra in Sweden. Its 200 members include music students and teachers, retired professionals, and amateurs who are doctors, journalists, postal workers, academics, businessmen, bus drivers, waitresses and shop assistants by day, and passionate musicians in the evening and on weekends. This unique composition means that the orchestra can perform works that are unusually demanding, both when it comes to proficiency and size.

Filialen gives about six concerts per year, although in 2016 we performed no fewer than 12! Some are our own productions, but we are also engaged elsewhere, and often perform with choirs. Our repertoire is thus varied, with an emphasis on late Romantic and contemporary works. This year, we offer music from three continents and a spectrum of genres, with top conductors and soloists. On January 29th, we take you to Latin America with a ‘Myth and Magic’[link to myt & magi sidan] concert that lets our rhythm section shine. Leif Karlsson, one of Sweden’s leading percussionists, conducts works by Ginastera, Villa-Lobos and Revueltas. March 18th and 19th takes us to Oscarskyrkan on Östermalm and then Katarina kyrka on Södermalm to perform Vaughan Williams’ magnificent Sea Symphony with some of Stockholms best choirs, under the baton of the husband and wife team Hans Vainikainen and Hanna Sandman. On May 7th, we invite you to celebrate spring with a concert in Eric Ericssonhallen with the wonderful South Korean conductor Duk-Kyung Chang, who has conducted the Royal Scottish National Orchestra, the BBC Scottish Symphony Orchestra and orchestras in Russia, the US, Germany, Switzerland and Mexico. And we’ll be back in the same place on September 17th, playing ‘Bernstein, Barber and Billy the Kid’ with the brilliant Kajsa Boström. There’s more in store, so keep your eye on the website for other events.